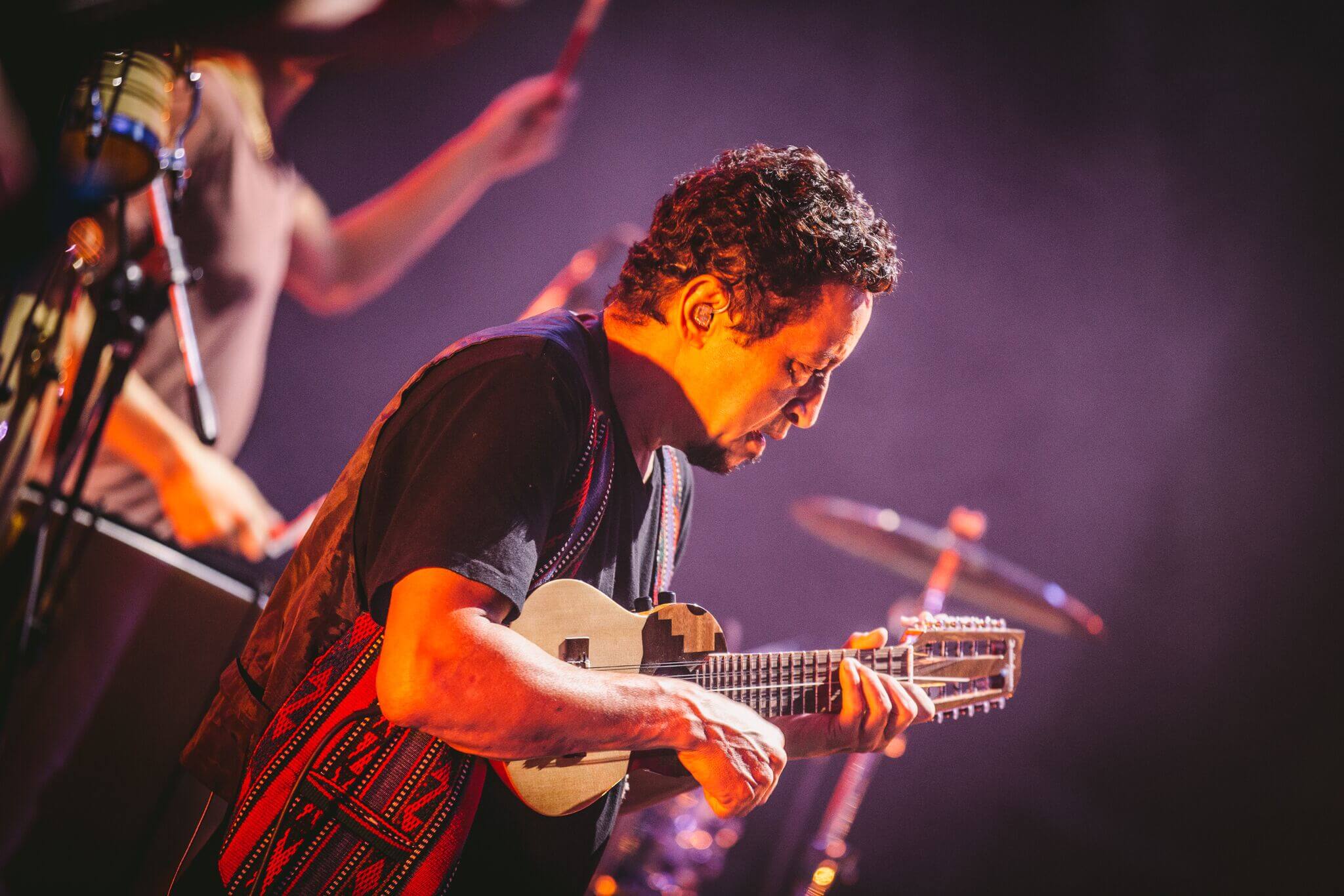 Born and raised in Morocco, Brahim Fribgane brings to his music the rich and varied musical styles he grew up with - North African, Gnawa, Berber, Arabic and Andalusian music. His oud style ranges from the clear, "singable" melodies of folkloric Berber songs to beautifully complex and soulful Arabic music, to the fusion of jazz, samba, reggae or Indian music.

Brahim grew up in a neighborhood in Casablanca, Morocco, where great musicians and bands emerged, like NASS ALGHIWAN and LAMCHAHEB. He absorbed the music played by these bands, as well as being influenced by the traditional music he heard since childhood. Brahim began playing for weddings and parties when he was 13 years old.

In his early twenties he moved to New York City, where more opportunities were available to him musically, and he shared his culture with diverse artists in the U.S. Living in New York City, through diverse musical collaborations and experiences, he was able to experiment and develop his style, which is a unique blend of the influences from childhood and international musical influences and traditions.